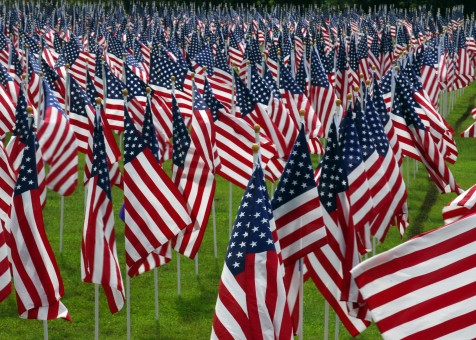 Congress has finally taken major action in favor of Iraq and Afghanistan vets who were exposed to burn pits during their deployments.  Now, veterans who have served in these areas and have later developed a variety of throat and lung-related cancers should not encounter much difficulty in obtaining the benefits that they justly deserve.  Noting how long vets have waited for this major piece of legislation, a prior blog on our website was published over four years ago on this topic.   https://www.sgsdisability.com/veterans-disability-lawyers/

While it may have taken a long time, the legislation described below is a major victory for recent war-time veterans.  A full description from Military Times is provided below

Veterans Affairs officials this week will add nine respiratory cancers to the list of illnesses presumed , easing the path veterans suffering from those conditions have to take to get disability benefits.

The move follows promises by administration officials last fall to speed up care and benefits for veterans exposed to burn pit smoke in Iraq, Afghanistan and other overseas locations over the last 32 years.

“Veterans who suffer from rare respiratory cancers associated with their service deserve the very best America has to offer, but they’ve had to wait for the care and benefits they deserve for far too long,” he said. “That ends now.

“With these new presumptives, veterans who suffer from these rare respiratory cancers will finally get the world-class care and benefits they deserve, without having to prove causality between their service and their condition.”

The nine new conditions are:

VA officials did not say how many individuals would be affected by the new policy, although they did classify the cancers as “rare” in their announcement.

The issue of presumptive benefits for burn pit victims has been a priority for advocates in recent years because of the difficulty in linking many health problems to the toxic smoke present at many overseas bases.

Under most cases, veterans must show a direct link between their medical condition and military service in order to receive disability benefits, which can amount to several thousand dollars a month.

As of last month, VA officials had processed about 16,500 new claims related to those burn pit injuries, totaling $36 million in retroactive benefits.

The White House also promised additional research into other medical problems believed linked (but never conclusively proven) to the toxic smoke produced when military members disposed of a variety of waste in open-air trash fires.

VA officials said the decision to add the nine new conditions came after researchers found “biological plausibility between airborne hazards and carcinogenesis of the respiratory tract” and that “the unique circumstances of these rare cancers warrant a presumption of service connection.”

Both McDonough and President Joe Biden have said they will look to go even further with the burn pit presumptives, but are limited somewhat by VA benefits regulations.

“Supporting our veterans is a critical part of the Unity Agenda I proposed for our nation,” Biden said in a statement. “No matter where we live or who we voted for in the last election, we all agree that we should serve our veterans as well as they have served us.

“My administration will continue to do everything in its power to support our nation’s veterans, and I urge Congress to pass bipartisan legislation to comprehensively address toxic exposures and further deliver the vital benefits our veterans have earned. I will sign it immediately.”

Congressional leaders are considering sweeping legislation that would grant presumptive disability status for an even broader list of medical conditions believed linked to burn pits.

Department officials are expected to reach out to veterans who have filed burn pit claims in the past to inform them of the changes. Individuals can also get more information on the benefits through the VA web site.”

The above article is from Military Times and can be found at:

If you are a vet seeking help after a denial of disability, please contact us.  If you are a vet who was exposed to burn pits (or a widow of a vet who was) and were previously denied for one of the above conditions, please be sure to file a new claim as the law is now in your favor.  Also note that asthma, rhinitis and sinusitis were previously added to the list of presumed conditions.  See https://www.publichealth.va.gov/exposures/burnpits/ for additional details, including the times of service and locations of service which may also entitle you to the burn pit presumption.

Can My Child Get SSI?

Can My Child Get SSI?