Shannon Sorensen was born and raised in Milwaukee, Wisconsin. As a child, Shannon was a member of the renowned Bel Canto Professional Chorus. In high school, Shannon was honored by the Optimist’s Club as a Student of Recognition and received a drama scholarship upon graduation. Shannon worked as a professional actress with the Milwaukee Public Theatre and worked with at-risk youth at the Milwaukee Center for Applied Theatre. She then attended the University of Wisconsin-Stevens Point, where she pursued a Bachelors Degree in Theatre and Political Science, was a member of the Chi Omicron Chapter of the National Pi Sigma Alpha Political Science Honor Society, and was Treasurer of the Player’s Guild. Shannon was on the Dean’s List and graduated Cum Laude in 2005.

Shannon moved to Ohio in 2006 to attend Law School at the University of Akron. During the first two years of law school, Shannon continued her five year career as a state-certified pharmacy technician, a certification she still maintains. Shannon spent the summer of 2008 living and working in Geneva, Switzerland, learning international law. She received a behind-the-scenes education on the inner-workings of many international organizations, including the United Nations, the Red Cross, and the World Trade Organization.

In 2009, Shannon began working at Shifrin Newman Smith Inc. (now Smith Godios Sorensen Inc.) as a law clerk. While in law school, she also received the CALI Excellence for the Future Award. Shannon graduated from the University of Akron School of Law in January 2010 and passed the Ohio Bar Exam thereafter. She has been admitted to practice law before the Supreme Court of Ohio, the U.S. District Court for the Northern District of Ohio, the U.S. District Court for the Southern District of Ohio, and the Sixth Circuit Court of Appeals. Shannon has fought for clients at over 1,000 Social Security hearings and is highly-skilled in Federal Court matters, including extensive Appeals Council and Federal Court Brief-writing experience.  In 2016, Shannon became a Partner at Smith Godios Sorensen Inc. (then Shifrin Newman Smith Inc.).

Shannon served as the Lead Chair of the Disability Law Section of the Akron Bar Association from 2015 to 2017. Shannon also serves as a regular volunteer and food drive administrator for the Akron-Canton Regional Foodbank, volunteers as a “big sister” for the Big Brothers Big Sisters Program of Summit County, and serves on the Akron Bar Association Foundation Gala Committee and NOSSCR New Media Committee. Along with the other attorneys at Smith Godios Sorensen Inc., Shannon is a regular volunteer at Stewart’s Caring Place, providing legal advice to families battling cancer. In her free time, Shannon enjoys running, cooking, photography, trivia competitions, going to the theater, and spending time with her husband and dog Obi. 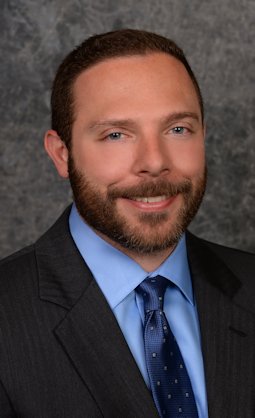 In 2006, after passing the bar examination, Chris was hired as an attorney at our firm.  Since then, Chris has successfully represented over a  thousand disabled individuals at their Social Security Hearings, the Appeals Council, and in Federal District Court.  In the past, Chris also worked as a part-time legal writing instructor at the University of Akron School of Law.

In 2007, Chris began representing military veterans before the Department of Veterans Affairs at the VA Regional Office and at the Board of Veteran’s Appeals.  Chris has given speeches on various Social Security and Veterans Disability related topics to a number of organizations in the Akron, Ohio area- including at the Akron Bar Association, Summit County Traumatic Brain Injury Collaborative, Coleman Behavioral Health, and at Community Support Services.  In 2012, Chris became a partner at Smith Godios Sorensen Inc.– at the time Shifrin Newman Smith, Inc.

Chris is a VA accredited attorney and he is also admitted to the Ohio Bar, the United States District Court for the Northern District of Ohio, The United States District Court for the Southern District of Ohio, The United States Court of Appeals for the Sixth Circuit, and the Court of Appeals for Veterans Claims.  Chris is a member of NOSSCR (National Organization of Social Security Claimants Representatives) and NOVA (National Organization of Veterans Advocates).  In addition to working in the field of disability, Chris also practices in areas of personal injury, foreclosure defense, and various other civil matters. Chris lives in Fairlawn with his wife and two dogs. He volunteers at Stewart’s Caring Place giving pro bono legal advice to cancer patients, and he also serves on the Board of Directors for Family Promise of Summit County- a non-profit agency that provides assistance to homeless families. 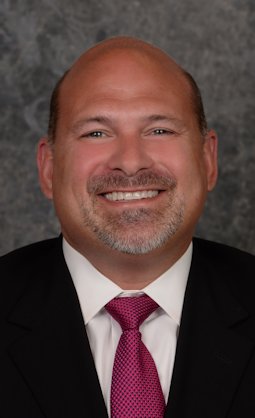 Scott Smith was hired by Sternberg Newman and Associates (now known as Smith Godios Sorensen Inc) in 1997. In 2003, he made partner and the firm incorporated under the name Sternberg, Newman, Shifrin and Associates.  In 2009, partly due to Scott’s reputation as an accomplished advocate for the disabled, our firm name changed to Shifrin Newman Smith Inc.  Scott became president of  the firm in 2019 and our firm’s name changed to Smith Godios Sorensen Inc.

He is a University of Akron Law School graduate and has been admitted to practice law before the Supreme Court of Ohio and the United States District Court for the Northern District of Ohio. Scott was granted a fellowship by the Akron Bar Association and the National Organization of Social Security Claimants’ Representatives (NOSSCR) where he sits as a member of the board representing the Sixth Circuit. He is a member of the Investigative Subcommittee and serves on the Fee Dispute Panel for the Akron Bar Association. He has been named to the Advisory Board of Rockynol Retirement Center. He is a member of St. Hilary Catholic Church and is active in his children’s school activities.

Kandice Evelsizer was born in Salem, Ohio and grew up in Tega Cay, South Carolina.  She graduated with honors from Fort Mill High School and then attended the University of South Carolina where she earned a bachelor’s degree in Exercise Science:  Scientific Foundations, with a minor in Business Administration.  During her time at the University of South Carolina, Kandice was named to the Dean’s List, was a member of the Carolina Service Council, was a professor’s assistant in the Department of Chemistry & Biochemistry, completed an internship with a law firm that specialized in worker’s compensation and social security disability law, and worked for a bankruptcy law firm.

While attending the University of Akron School of Law, Kandice worked for the Chapter 13 Bankruptcy Trustee in Canton, Ohio and was a member of the Moot Court Honor Society and the International Legal Fraternity of Phi Delta Phi.  She also volunteered with a number of organizations, including the Campus Sidekicks program (Big Brothers Big Sisters), the Law and Leadership Institute, and Akron Law Cares.  Following her graduation from law school, Kandice became an associate attorney at Smith Godios Sorensen Inc. –at the time known as Shifrin Newman Smith, Inc.  She has been admitted to the practice of law before the Supreme Court of Ohio and the United States District Court of the Northern District of Ohio and belongs to the National Association of Social Security Claimant Representatives (NOSSCR).

Outside of the office, Kandice enjoys spending time with her family and friends, reading, cooking, traveling, watching movies, and going to Broadway shows.